"Anthropocene Extinction"
Augmented Reality Mural, December 2018
This mural used to be located at 299 NW 25th St, Wynwood, Miami. It has been vandalized and then painted over. May it rest in peace.

​Since the dawn of civilization, humanity has caused the loss of 83% of all wild mammals and half of plants. This mural raises awareness for the Mass Extinction of Biodiversity that is happening today because of human activity including deforestation, pollution, hunting and overfishing. Everyday new species go extinct, yet most of us remain unaware, caught up in the other news and events that distract us daily instead of the big picture of Life. The mural depicts a local lens to the biodiversity issue by featuring 20 species found in Florida’s wildlife. Native, invasive and endangered species are shown together, representing how all of us must find harmony inhabiting the same space. Furthermore the mural is placed in the context of Sea Level Rise that will displace many humans and animals who live here. South Florida faces 2 to 3 feet of sea level rise by 2050 and far more dire circumstances by the end of the century if adequate climate action is not taken. 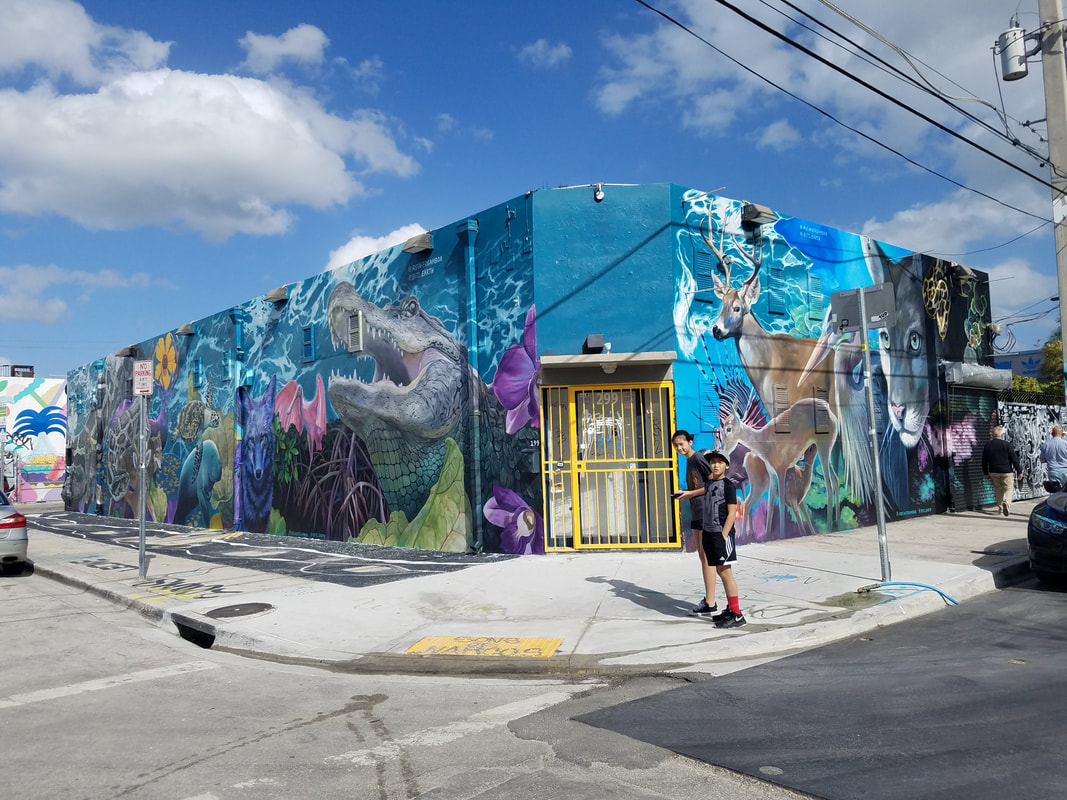 Learn about the species featured in the mural

Videos produced by Linda Cheung with music by Dane Myers